Home / Pictures / If we only had a break.

If we only had a break.

Every year the Greek community here at Embry Riddle decides that there should be a competition of sorts, displaying the skill and talent of each individual Fraternity and Sorority, whom partake in various events over a weeks worth of time more commonly known as Greek Week. DX in the past has taken home the trophy over all more than any other Fraternity on campus. More recently our push to victory has been rather limited. But in the spirit of living up to our former brothers we still hold one event to the highest regard. We have been reining Tug-O-War champs every year since i have been on campus, and this year we tried to continue our dominance in rope pulling. The first few rounds were easy for the tug team which consisted of Nolan Tenaglia, Nate Pohlman, Chris Hogan, Kyle Haeseley, Chris Cowan, Dan Gonchar, Scott Cunningham, and Justin Denucci, they slaughtered the competition. Soon they were handed their first loss by EX the leaders in Greek Week and the top seed in the tug of war. Not to be discouraged the boys stepped up and demolished every foe next and entered the finals against EX. The boys got a five minute break between their last tug and the first tug of the finals where they creamed EX in what seemed like five seconds. Then the judges decided that no further break was needed for our war torn men and that it was fair, although EX had one pull in fifteen minutes and our boys had pulled, and won, twice in five that no break was needed. So our exhausted boys stepped up for one last round but exhaustion got the best of them and after holding out as long as possible were vanquished by EX. Next year we shall once again get the chance to become Tug-O-war champs. Can we succeed? Here are some pictures to go along with the epic story. 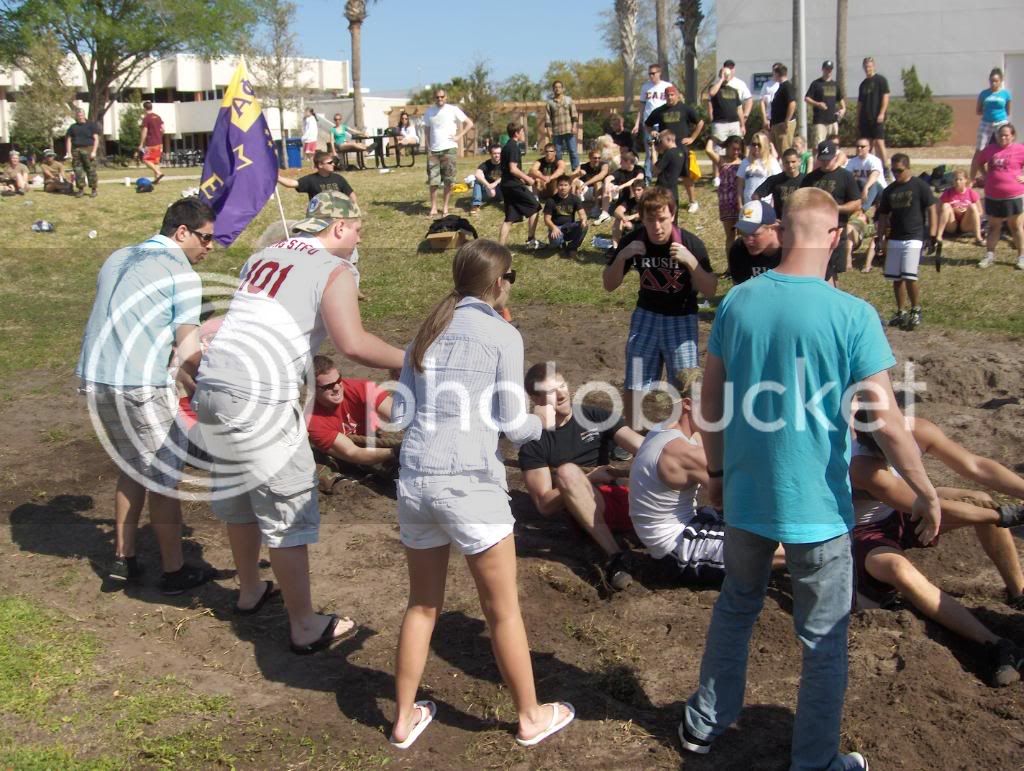